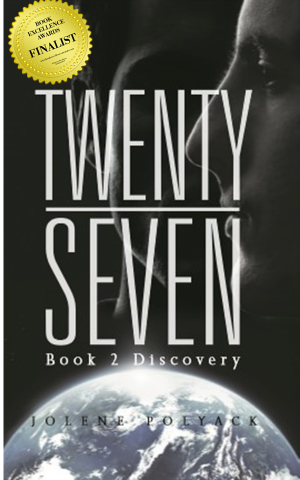 For the third time, one of my books has won an award. Twenty Seven Book 2, Discovery is a 2021 Finalist in the Book Excellence Awards in the Young Adult category.

In Book 1, The Hunt of the Twenty-Seven series fifty-six-year-old treasure hunter Gilbert Morgan an underwater thorny plant which restores his body back to that of a twenty-seven-year-old.

In Book 2, Discovery, the Morgan’s have successfully commercialized the plant and now, ten years later are as equally wealthy as their nemesis William S. Bates. The Morgan’s are surprised when Bates pops back into their lives until they discover his diabolical scheme to ruin mankind. Only the Morgan’s will be able to stop him.
​
Find out what a world with no aging can be like in this fast-paced thriller designed to keep your heart pounding.
Here's the Latest Review for Twenty-Seven!  ​What would you do if you discovered a secret cure that would never let you grow old? In Twenty-Seven: Book 1 The Hunt, diver Gilbert Morgan wrestles with this opportunity when he discovers an aquatic plant that mysteriously makes him youthful again.

Gilbert Morgan has unexpectedly undergone an age-reversal process after accidentally cutting his hand on a seemingly normal aquatic plant. Completely baffled, he seeks more information on it and plans to profit from it as soon as possible. However, when billionaire William Bates discovers the plant’s properties and intends to use it for less than honorable means, an epic struggle breaks out between the two men for the plant.

Gilbert’s adventure moves rapidly with no time to waste, dealing with sudden attacks, strained relationships with his loved ones and a thrilling race against a power-hungry billionaire. The growth in Gilbert’s relationships and character was especially exciting to read about and it is almost impossible not to connect with and relate to him. The book also has many unexpected twists and turns that propel the story towards an exciting cliffhanger and is sure to keep readers coming back to read the next book in the series.

Captivating and mysterious with a high emphasis on sci-fi elements, Twenty-Seven by Jolene Polyack is an exceptional piece of fiction. Highly recommended!

- Review by the Book Excellence Awards

I Received Another Book Excellence Award!

For the second year in a row, one of my books has won an award!  I am incredibly excited to announce that I have been recognized as a Book Excellence Award Finalist for my book, Twenty-Seven Book 1 The Hunt in the Young Adult Category.

Out of hundreds of books that were entered into the Book Excellence Awards competition, my book was selected for its high quality writing, design and overall market appeal.
Click here to view my complete award listing.

The book was released in 2016 and is about a salty treasure hunter who stumbles upon an oceanic plant that reverts the human body to youthfulness.   The discovery launches a fast-paced chase to steal the amazing plant from its rightful owner.
​
The book is perfect for young adults and those who enjoy a fast, high intensity read.
You can get a copy for yourself on Amazon. 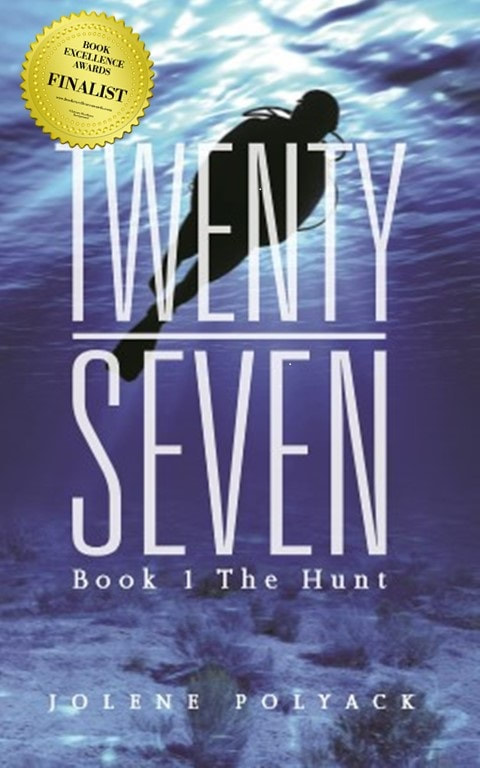 Twenty-Seven is my first novel.  The idea came to me while watching a lady I knew struggle to walk.  I tried to imagine her as a young woman.  Then, I tried to imagine everyone around her as young.  I wondered what it would be like if everyone looked the same age and there were no visual cues as to a person's age.   Here is the synopsis:

Fifty-six-year-old Gilbert Morgan has treasure hunting in his blood, and knows it is there to stay. While on a dive to find a sunken ship, Morgan is nearly out of oxygen when he accidentally cuts his hand on a thorny plant. After he rushes to the surface, Morgan plans to dive again the next day without any idea that while he sleeps, his body is reverting back to that of a twenty-seven-year-old. After his diving crew stares at him in disbelief the next morning, a now much younger-looking Morgan quickly determines the source of his youthfulness and excavates the plant. While Morgan attempts to understand how to replicate the process and subsequently commercialize it, billionaire William Bates, who has learned of the aquatic plant's amazing powers, is busy trying to steal the process so he can carry out his diabolical plan to control the world. As Morgan's discovery slowly transforms him from a treasure hunter to a wealthy philanthropist, Bates finds his own shocking solution to saving the world from itself. In this science fiction thriller, an aquatic plant with special attributes causes a treasure hunter and a billionaire villain to develop separate plans to forever change life on the planet, leaving fate to decide which one will achieve success first.